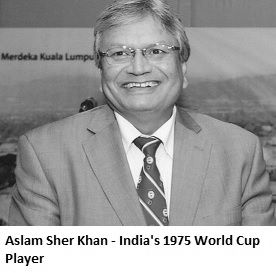 By
Aslam Sher Khan: I had played against Malaysia in the 1975 World Cup. That is the best Malaysian  team I had faced which was  coached by Ho Koh Chye. This  team had the capability to win the World Cup in Kuala Lumpur.  It was a complete team.

Koh Chye  had the knack of assessing the likes and dislikes and the plus and minus points of each of his players. He had moulded the team to great effect.  In my opinion this  was the best ever team Malaysia has ever produced.   It was the first World Cup in Malaysia and he had harnessed  a strong team for the event.

And  he was not disappointed by their  performance as  his players gave their hearts out in every  match.  I became the villain in denying his team a win over us.  If I had not netted the last minute goal, Malaysia would have been in the final and then they would have easily beaten Pakistan for the World Cup.

From the bottom of my heart, I must say that the Malaysians deserved to be in the final rather than India because such was their performance.  If  they had made the final, I have no doubt in my mind, even now, that Malaysia would have won the title since they were playing on home ground and the home supporters were rooting for them.

The best tribute that I could give at this sad juncture is that he and his team deserved to be in the final rather than India.  I brought luck to the Indian team and the last minute goal denied them the entry to the summit clash.

I must say that  Koh Chye was also very popular amongst the coaches in the world because his manner of coaching his players and the manner in which he managed to make the players perform as a unit had astounded many opposing players as well as the other coaches at this event.

I must also credit  Koh Chye as a ”great thinker” of the game and was able to visualise in a fraction of a second as to where and what his players were lacking during match situations. I will always cherish the good hours that I had spent with him discussing hockey.  He not only breathed hockey, it also flowed in his veins.

I am pretty sure that when he breathed his last, Koh Chye must have thought only of Malaysian hockey. 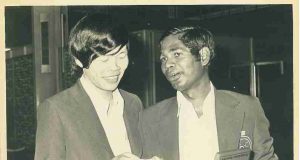