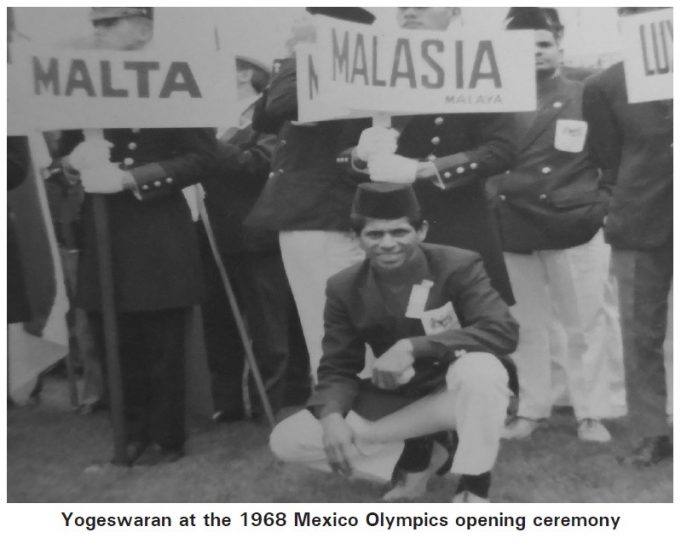 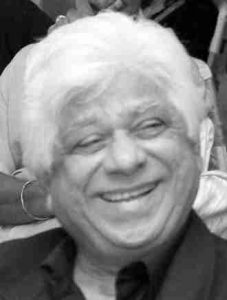 By
R.Yogeswaran: Till this very day a former national hockey captain says, “thank you” to me. Here is the untold story…..
Malaysian Hockey had qualified to participate in the 1968 Mexico Olympic Games. This would  make it the third time Malaysia would feature in the Olympics. The previous two being Melbourne 1956 and Tokyo 1964.
For the record, Malaysia (then Malaya) had also qualified for Rome 1960 but financial woes resulted in the team not being able to make the trip.
Ironically the  late  Tun Abdul Razak who was then the Deputy Prime Minister was also the president of both, the Olympic Council of Malaysia and the Malaysian Hockey Federation.
There was tremendous enthusiasm and competition amongst players in wanting to make the team to Mexico.
For some it would be their first Olympics and for others their last.
Two such players, amongst many, were young fullback N. Sri Shanmuganathan of Selangor and the rugged looking, handle bar moustached Tara Singh, also a fullback but from Negri Sembilan.
I  was of course another eager aspirant wanting to make my  second Olympics appearance, the first being Tokyo ’64.
In January 1968, Malaysia accepted a Pakistani invitation to participate in the Lahore Invitational Tournament.
This tournament was important for it would serve as preparation for  the forthcoming Mexico Olympics.

The call-up and selection was in progress with centralised training at the Police Depot under the ‘Wine Merchant’ turned coach, V.V. Naidu from Bangalore, India.
Tara Singh, a very dedicated and passionate Negri stalwart, regularly did his road runs along the old trunk  road from Seremban to Malacca. This was the same route Dato Dr. Aziz Durairatnam, a “kingmaker” and  senior vice president of MHF travelled from Malacca to KL regularly for his medical and hockey meetings.
Tara was spotted and got his first national call-up. Tara was at his peak and with strong support from Dato Dr. Aziz, it was common knowledge amongst players and officials  that he would make the team. 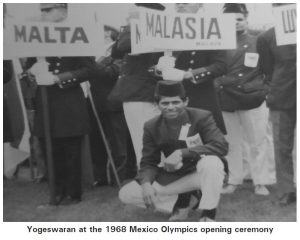 Two days before the final selection, something tragic happened to Tara.
Many who played and trained with me knew never to come into my line of fire when I am on full flight and making a cross from the left, especially a ‘wrong foot’ cross, a very rare skill I picked up from cricket, a game I have played at high level. Many a man did and many a man fell. Poor Tara did and he fell which resulted in a fractured ankle.
The next day after the final trials, Raja Azlan Shah, deputy president and chairman of the Selection Committee announced the final team to travel to Pakistan.
Tara’s name which was already included in some of the selectors list was out and Sri Shan’s name was in. 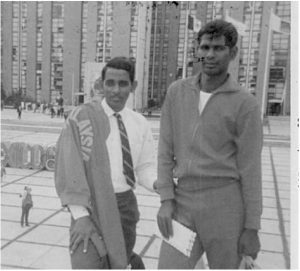 This was the beginning of Sri Shan’s national hockey career and he subsequently moved on to represent the nation in three Olympics and three World Cup tournaments captaining two of each of the tournaments. Tara’s dream of a national  ’cap’ was crushed.
I virtually cried for Tara, a wonderful human being and great team man. He was loved by one and all. Under normal circumstances, he would have easily made the team and that would have been the beginning of his national hockey career.
All the playing equipment, tracksuits and jerseys that were given to me, I presented to Tara who continued to represent Negri Sembilan for many years and later turned to coaching.
Tara passed on two years ago in Port Dickson, and I was saddened by it. May Tara’s soul rest in peace. 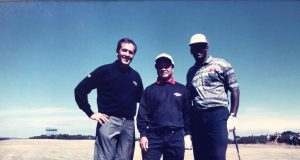