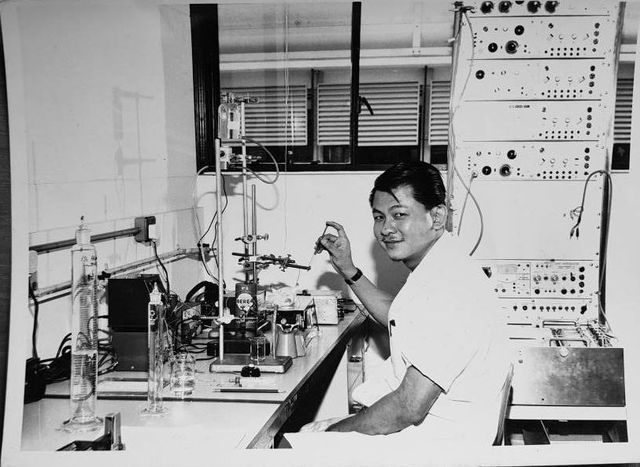 By
James Ritchie: The Combined Old Boys Rugby Association, better known by its acronym Cobra, don’t just play hard. They know how to let their hair down. Of course, if you are a rookie and not familiar with the club’s traditions, you will have to undergo an initiation period to enable you to become a man, under the venerable tutelage of Cobra founder, the late Dr Chan Onn Leng. I was lucky to have been one of the victims of the wacky Dr Chan who died in a road accident in 1981, having left an indelible mark in the annals of the club.

Having frequented Dr Chan’s clinic in Bangsar, not far from where I used to work at the New Straits Times Press, I was soon coerced into becoming one of the first 50 life members of Cobra.

As an attraction, the kind doctor would provide me with an exclusive rugby story after which we would go to the pub for a few beers where  Chan, a 1954 Asian Games 400m hurdles silver medallist, would use his ‘denture in the beer glass’ trick on an unsuspecting victim.

His strategy was simple. Invite a Cobra newcomer for a few beers and try the experiment on the fall guy. After a few mugs the new man would be ready to use the toilet to which he would obtain directions from the wickedly smiling doctor.

Chan would insist his quarry finishes his drink before going for a pee. While you are easing yourself, the doctor orders a new glass of beer for you and quietly drops his dentures which sink to the bottom of the glass, brimming with the amber liquid that Australian tennis great John Newcombe once memorably described as “that tasty brown stuff.”

On his target’s return Chan would shout “Bottoms up!”

His head beginning to swim from the amount already ingested, the innocent victim then guzzles his beer, not wanting to disappoint the doctor, a Cobra grandee as well as a Malaysian Rugby Union notable in the days when comrade-in-arms Tun Dr Ling Liong Sik was president of MRU, in the late 1970s and early 1980s.

As he finishes the beer in quick time, lo and behold, the victim finds himself staring at a set of dazzling white dentures!

After years of practice, the affable doctor fine-tuned his trick and would try some new method of catching his quarry offguard.

When it’s quite dark in the pub he would declaim to an  “You recognise that man?” You turn your head and before you know it, his gleaming teeth with some food particles stuck in the interstices, is at the bottom of your glass! Again it’s bottoms up!

For those familiar with the trick and happen to be in the presence of the session, woe betide you if you tell on the doctor. After a bruising rugby match Cobra patron Kim Tai organised a striptease show at the Bistro pub in Petaling Jaya. Our performer was            Annie Chan, daughter of the famous Rose Chan. As the lights dimmed she sashayed alluringly in a dance. An inebriated crowd cheered her on. Then in a flash, she was stark naked! Her final act was to strip off her knickers, and with a twirl threw it in my direction.  Like a forward at a lineout I jumped high, grabbed it and in a split second wrapped it around the head of my younger brother who was standing closest to me. The crowd roared but for the next few days my brother  refused to speak to me. 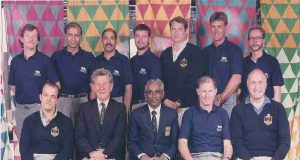