Ng Boon Bee was already a big name in the badminton world and synonymous with Tan Yee Khan when I was trying to make a mark in the sport in the late 1960s. Their successful partnership with relentless and powerful smashes was always imprinted in  my mind.

Somehow, I didn’t make it into ‘Big Time’ because of two primary reasons: my  journalism career got in my way (which is a good thing as I look back to those years)  and my belief that I could be a good player if I had perfected my strokes well enough.

On this second point, how silly and mistaken I was. The game of badminton necessitates one to have match experience in order to excel as no one player is the  same. I fault myself for not listening to my dad in this department. No point crying  over spilt milk now, as they say.

Back to Boon Bee. One day at the tender age of 16-going-on-17 in 1971, I found myself  in the company of the great man himself and his doubles partner, Punch Gunalan, in  Ipoh. I was sent to compete in the Perak Open as the then President and Honorary  Secretary of the Penang BA, the late Mr Gan Chin Huat and the late Mr Tan Lee Sin,  had always wanted to give young players all the exposure to prove themselves.

Somehow, I lost in the early rounds to better opponents. I wasn’t tenacious enough  or out of depth, to be frank. But my legs were already wobbly when I saw the two  badminton luminaries listed down to play in the same tournament! I told myself how  could I stand a chance when these two greats were around!

In between matches, I “bumped” into them at the Perak government chalet along Jalan  Tambun where we were accommodated. I was with some of my senior team-mates  from Penang who apparently knew Boon Bee and Punch better, when we saw the pair  resting in one of the rooms.

I too made a beeline to see what these two greats had to say as they had months  earlier returned triumphantly with the coveted All-England men’s doubles title, beating  Rudy Hartono and the late Indra Gunawan (who later went on to coach the Malaysian  team).

I peered from the door. Punch was munching on an apple while Boon Bee was  relaxing on the bed. We made small talk. Can’t remember what we spoke as it was  more my senior team-mates who did most of the talking while I was just a wallflower in the company of our country’s badminton kingpins. It was a scene I can never forget.

Back in those days when there was no “live” television to follow important badminton  matches, Radio Malaysia was the only source of exciting sporting action. I would often  preen my ears to “live” radio commentaries and follow the blow-by-blow accounts on  Radio Malaysia.

Radio Malaysia’s then sports presenter supremo, R. Jeyanathan, was often drumming  it into me with his trademark commentaries. I still remember his colorful description  which would sound like this: “Boon Bee leaps into the air and smashes, but it is well taken by Indonesia’s Indra Gunawan.

“Boon Bee springs into the air again and smashes but Hartono defends it well. Yee  Khan smashes this time, and the shot is returned fast and furious.

“Wow! Boon Bee leaps up and chops the shot into the middle of the court. It catches  the Indonesians off-guard and yes!…Malaysia marches forward with another point.”

Boon Bee jumping into the air was always an SOP…standard operating procedure.  That was his trademark as he possessed strong muscles in his thighs, which  sometimes, to me, looked like that of a powerful frog.

That was why Boon Bee, an ex-pupil of St Michael’s Institution, Ipoh, could excel in  many sports because he could either outrun his opponents or be speedy about things.

He was even a prolific footballer representing Malaysia in the Merdeka Football  tournaments in 1958 and again in 1959 when Malaysia were champions. This was the  premier tournament in Asia from the late 1950s to the late 1970s.

N. Thanabalan, an international footballer, recalls: “I had the privilege of playing  alongside Boon Bee for our employers, the National Electricity Board. He was a very  good teammate who was jovial and very highly motivated.”

Boon Bee was a very talented sportsman, who also excelled in athletics, rugby, and  even tennis at state level.

But it was badminton that propelled him into the world stage and got him the most  headlines and accolades.

During his prime in the mid-1960s till the early 1970s, he would travel in a quartet with  his doubles partner Yee Khan, Yew Cheng Hoe and Tan Aik Huang as they took on  the world.

Boon Bee and Yee Khan developed into a formidable pair, raking in titles after titles  wherever they competed.

Yee Khan, who was devastated by the recent death of his doubles partner, said they  had built up a formidable combination to be the best men’s doubles pair in the world  at one time because of their attitude towards the game.

They had one simple strategy or game plan: always analyzing their opponents game,  whether in defeat or victory.

“Whenever we won or lost, we would discuss how we could improve our game and  tactics. We would always discuss before the game on what went wrong or what went

right the day before. That was how we adapted well to each other by forging a good  understanding on what we should be doing and what we should not do when on the  court.”

On how he came to form a triumphant partnership with Boon Bee, Yee Khan says: “I  was in Form 4 when I started playing together with Boon Bee. I was from Yuk Choy, a  Chinese school, but was subsequently enrolled at St Michael’s Institution where the  then Brother Director Pius Kelly asked me to team up with Boon Bee. From there, it  was the start of our successful partnership.”

Between 1960 and 1969, both Boon Bee and Yee Khan won some 20 prestigious titles  together, including the All-England, US Open, Canadian Open, Denmark Open,  Singapore Open, Malaysian Open, Asian Championships, Asian Games and the  South-East Asia Peninsula Games.

The pair’s highest distinction was the Malaysian victory in the Thomas Cup in 1967,  gained in the teeth of a hostile crowd in Jakarta which was disruptive in behavior  aimed at heading off a Malaysian triumph that Yee Khan’s and Boon Bee’s exploits in  the doubles guaranteed.

Boon Bee, together with Yee Khan, starred with captain Teh Kew San, Tan Aik Huang,  Yew Cheng Hoe and Billy Ng in the team that brought home the prestigious trophy in  that series.

The Thomas Cup triumph was the capstone of a decade of distinction for the doubles  pair.

Cheng Hoe recalls: He earned my respect as our leader  for he was a warm, caring and friendly person. It was always good to talk to him. He  would often ask about our well-being during our tours. With him around, it was like  family.”

Sylvia Ng, Malaysia’s number one women’s shuttler at one time, also remembers Boon  Bee as a friendly person. He proved to be an adaptable partner when he and Sylvia  teamed up to capture the 1970 Asian Games mixed-doubles title.

“We got on very well. Boon Bee was always easy to talk to,” she said. ”I shall definitely  miss him.”

Both Cheng Hoe and Sylvia agreed that it was Boon Bee’s physical adaptability to  emerge as one of Malaysia’s greatest sportsmen as he subsequently found success  with the late Gunalan after his regular partner Yee Khan retired from competitive  badminton because of a serious head injury. This was after Yee Khan had a fall while  jogging during training for the Rangoon (now Yangon) SEAP Games in 1969.

One of Boon Bee’s best performances was with Gunalan in the 1971 All-England final  when they defeated Indonesia’s top pair of Rudy Hartono/Indra Gunawan. They also  won the Bangkok Asian Games and Commonwealth Games in Edinburgh, both in  1970.

“He was without a doubt not only a great player but the best doubles player during my  time,” said Rudy Hartono, the seven-time All England singles champion in Jakarta.

“Rest in eternal peace my dear friend. Bless you.”

Fast forward to late 2019, I was in the company of ex-Uber Cupper Sylvia, former  Thomas Cupper Saw Swee Leong and former Asian junior champion, the late Tan Aik  Mong. We were on a road trip to look for Boon Bee in Ipoh as Aik Mong said he had  lost contact with him for quite a while.

We managed to track him down after going through several phone numbers. It was  finally via Boon Bee’s wife, Tong Ee Cheng’s handphone! We met for coffee in a  shopping mall. It was a great reunion among those big-time shuttlers and they  reminisced about the good old times. Their camaraderie ship was something to behold.

When Swee Leong volunteered to say that I was playing competitive badminton with  him as well as the likes of James Selvaraj, Phua Ah Hua and Razif Sidek back in the  1970s, Boon Bee let out a bewildered response: “You must be joking!”

And that came from the man whom I held in awe. I can’t fault him for his sharp reaction  or observation for I have ballooned into a 150kg sumo wrestler’s frame. 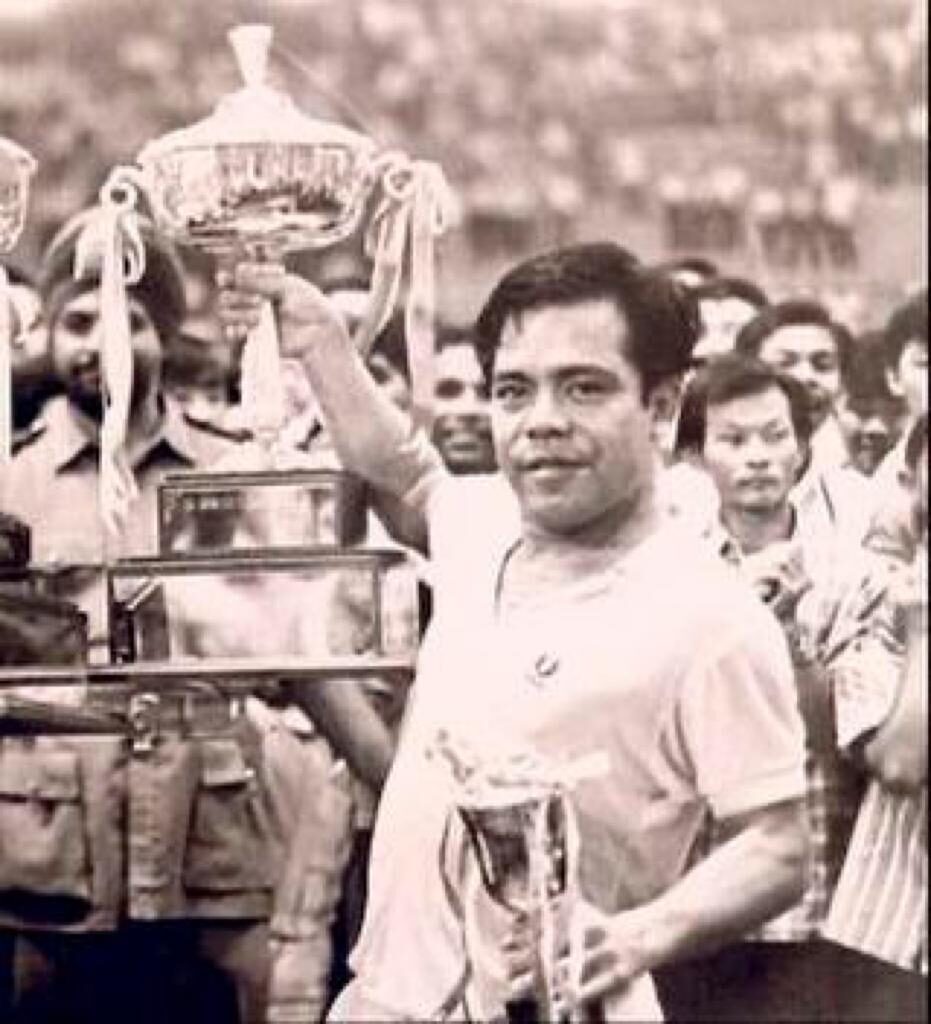 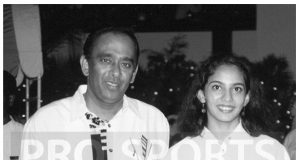