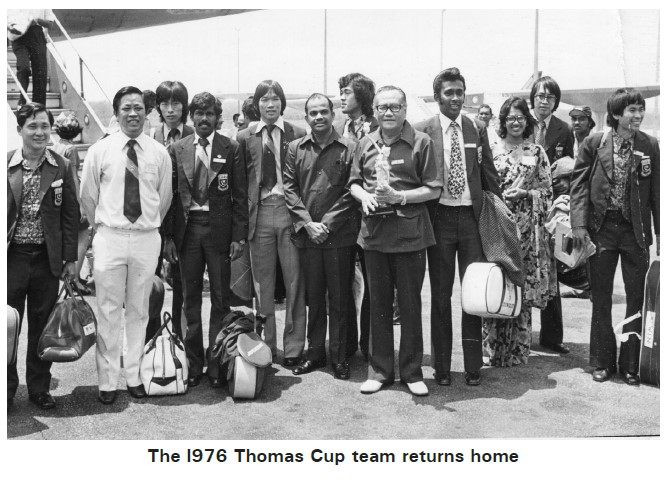 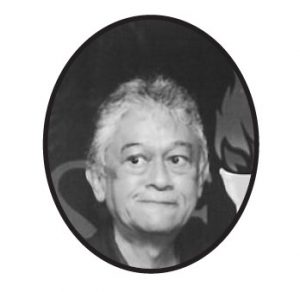 By
Tony Francis: Amidst the fog in my memory bank, one experience with Punch Gunalan stands out like a beacon because as someone said, the advantage of a bad memory is that one enjoys several times the same good things for the first time.
It was 1976. Gunalan had made a comeback but as a coach following the end of Malaysia’s golden era in badminton with the retirement three years earlier of Tan Aik Huang, Gunalan himself, Ng Boon Bee and Tan Aik Mong after the Bangkok debacle where Malaysia were embarrassed by Thailand in the Asian zone final after leading 3-1 overnight.
Now, it was a new game with a new generation of players. And Gunalan was on a roll. Early in the year he had taken a team comprising players barely out of their school shorts to a stunning win over Prakash Padukone’s India, coming from 4-1 down to triumph 5-4 in the Thomas Cup zone final in Lucknow.
And as many would recall, Gunalan was so ecstatic and choked with emotion during the post-match interview on radio that he kept saying “Fantabulous, fantabulous” so many times that sportswriters were left scrambling to see if there was such a word in the dictionary. 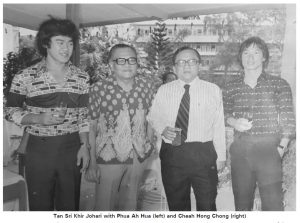 It was Gunalan’s way of describing a FANTAstic and faBULOUS comeback win. It was sheer grit and determination that won Saw Swee Leong, Phua Ah Hua, James Selvaraj, Moo Foot Lian, Dominic Soong and Cheah Hong Chong the tie. But would that be enough for the May-June Finals in Bangkok where the mighty Danes lie in wait in the semifinals? Even the most optimistic of pundits gave the ‘Punch Babes’ no chance against the likes of Sven Pri, an All-England champion, Fleming Delfs, Elo Hansen and Steen Skovgaard.
Like my editor-in-chief, the late Tan Sri Lee Siew Yee. He sent word that I was to take the first flight home after the match against the Danes. “Cut expenses. Save money. No way Malaysia are going to make it. We’ll get the wires (news agencies) to cover the final,” he said. 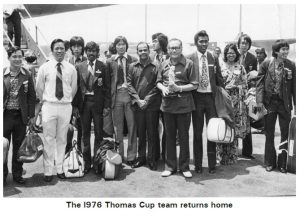 That had put me in a bind. I was scheduled to fly to Tehran from Bangkok the day after the final as a guest of the Iran FA for the Asian Cup soccer finals where coach M. Kuppan and Mokhtar Dahari and company were up against the best in the continent.
How do I explain to the good Tan Sri about the complications of cancellation and rebooking of flights? It was too late in the day. While Siew Yee was a scrooge when it came to company expenses, he was also passionate about badminton. We respected him for that. After all, he had sailed with Wong Peng Soon and the rest of the Malayan team to cover the first Thomas Cup finals in Preston, England, in 1949. So he knew what was in store for the ‘Punch Babes’. No chance. Or so he thought.
But like the rest, he didn’t reckon on a shrewd Gunalan exploiting the underdogs’ tag to the hilt. “I keep telling the players to believe and achieve,” Gunalan said during one breakfast session with the only two print Malaysian journalists who had made the trip – George Das of The Star and me representing the NST — in the hotel coffeehouse on the day of the match.
He was crafty too. He said he had taught them some tricks of the trade like squeezing the shuttle at crucial moments during service to catch the opponent offguard with the faster shuttle speed.
When I told Gunalan about my predicament if they lose, he laughed. “You must pray harder. Have faith. For us, winning is not impossible,” he said, pointing out that the Danes’ overconfidence and the enervating humidity in Bangkok could work in Malaysia’s favour and cause a Danish meltdown. “We just have to wear them out. We can do it,” he said.
And they did, winning 5-4 over the two nights, with Swee Leong scoring an unexpected point against Delfs and Dominic Soong and Cheah Hong Chong toppling the mighty Pri and Skovgaard for the winning point on the second night. And how Malaysia celebrated.
The win gave me a reprieve. I stayed on for the Final and knew I would be on the plane to Tehran from Bangkok. But I could imagine the look of disbelief on Siew Yee’s face back in Kuala Lumpur though I was sure he was among those who celebrated when Malaysia scored the winning point. It didn’t matter that we lost to the udy Hartono-powered Indonesians in the Final. ‘Punch Babes’ had achieved the impossible. 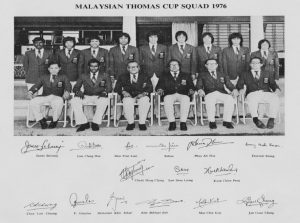 Gunalan became a celebrity that night and in the days that followed, soaking up the adulation and attention from the foreign media, particularly the Danish journalists. He was inundated with requests for interviews. And the questions were always the same: “How did you manage it? What was the secret? What did you do? “On all occasions, they got the same answer: “I have a bunch of fighters who had nothing to lose and everything to gain.”
In Denmark, they dubbed him the ‘Miracle Man’. In Bangkok, we called him the ‘Joker’ not only because he could make you laugh until your face hurts but because he could also be as mischievous as the next guy.
When George and I caught up with him in his hotel room, we talked and laughed about how people who had nothing to do with the team had hitched onto the bandwagon. Insignificant and unqualified officials were giving interviews on Malaysia’s resounding win as if they had made it happen.
So we decided to get a firsthand experience. It was decided that I should call a senior BAM administrative official and see his response. On the pretext of being a journalist from India who was calling from New Delhi, I managed only two questions but the ‘interview’ lasted a good hour as the official boasted about how he

was instrumental in selecting this young breed of fighters and motivated them and he was sure they would win the Thomas Cup and would be world beaters for years to come. When it was done, Gunalan, in his sarong, was rolling on the bed with tears from the uncontrollable laughter.
Thanks for the memories, Punch. As you would have said, “They were fantabulous.” 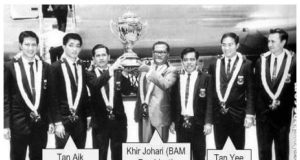