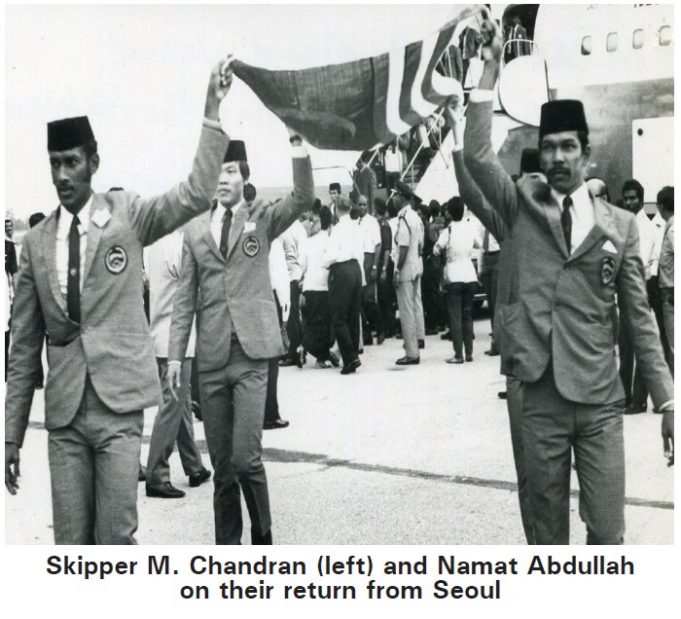 By
M.Chandran: In my 13 – year international career, playing in the 1972 Olympic Games was without doubt, my greatest football dream come true. What this 1972 Malaysian team achieved is not only a first in the annals of Malaysian football, but it was something that has never been repeated.
And this team did it in style. We qualified for the Games with an unbelievable victory over South Korea. It was not easy to beat the Koreans on their home ground in Seoul but we surprised them 1-0.
It was a very tough encounter and we qualified for the Olympic Games for the first time at the expense of the Koreans. You must not forget South Korea had competed in two previous Olympic Games (1948 & 1964). 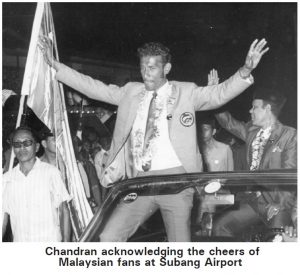 For me and my teammates it was not only a great honour, but a dream come true to play in the Olympics.
We faced Germany after the opening ceremony of the Olympic Games at the Munich Olympic Stadium on 27th August 1972, and despite losing 0-3, we put up a sterling performance.
For nearly 56 minutes we showed some brilliant ball play which had the Germans in awe. Until than we matched the bigger opponents by slowing down the pace of the game, which the well-oiled German team were unfamiliar with. 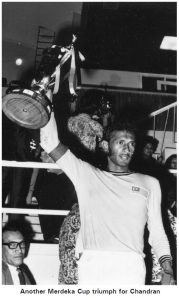 Our lack of knowedge of European style of play, and mental strength proved to be our downfall. When the Germans switched to their fast game, we were totally disorientated. The German resilience contributed to their victory.
We made amends two days later by beating USA 3-0 in the second match, but went down to Morocco 0-6, and were out of contention.

As a player, the appearance in the Olympic Games was the pinnacle of my career.
Two years later I led Malaysia to a bronze medal in the 1974 Teheran Asian Games. Again a feat, or rather a podium finish, that’s still unequalled.
It was the only time that Malaysia ever won a medal in the Asian Games football competition, and in that same year, after this victory, I called it a day. I quit, when I was still ahead.
(NOTE: M. Chandran was the captain of the 1972 Olympic and 1974 Asian Games teams). 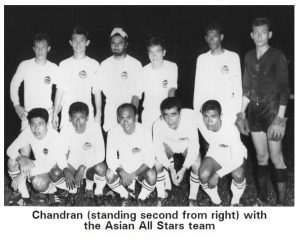 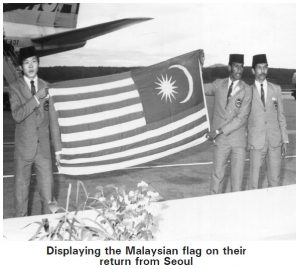 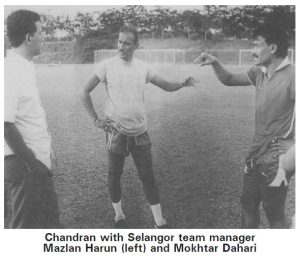 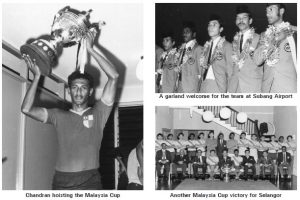 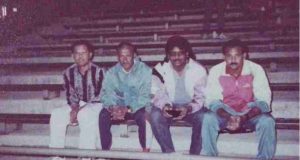