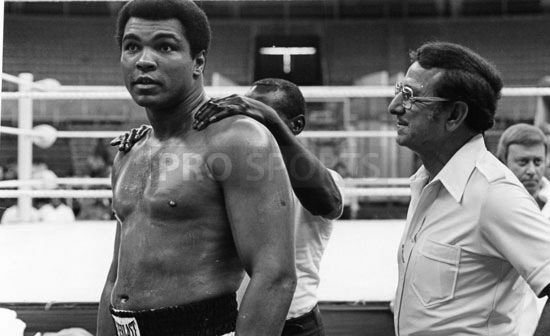 By
Colin Hart: My enduring memory of Muhammad Ali’s world title defence against Joe Bugner was that it was a crushing breakfast-time bore.
Along with the 22,000 fans in the Merdeka Stadium, I yawned my way through 15 tedious rounds,  as Bugner at the opening bell put himself in reverse and didn’t bother to change gear for the next 45 minutes.
It must have been a bitter disappointment for those who bought tickets as the Malaysians had been looking forward to seeing a spectacular Ali performance.

But Bugner’s passive negativity made that impossible, much to the embarrassment of the British boxing writers at ringside.

Joe had lost a 12-round decision to Ali in a non-title fight in Las Vegas, two years before.

And it became blatantly obvious from the start he had decided he had no chance of beating Ali, so his main objective was survival.

Though the fight began at 9.30am to meet the requirements of American TV, I still found the heat and humidity overpowering. I felt extremely sorry for Ali as he never stopped chasing the reluctant and ever-retreating Bugner.
After Ali’s inevitable and extremely easy victory Bugner      was hammered by the British media, incensed at his lack of ambition. In my report I called him “The Harmless Hercules.”

And what made us even more incensed was Bugner’s nonchalant attitude once he got back to his hotel.

While Ali was lying in his bedroom suffering from heat exhaustion Bugner was telling us “The heat was unbearable. I’d have killed myself if I had forced the fight too early.”

An hour later Bugner was enjoying himself in the swimming pool splashing about and waving to his friends, only stopping to drink champagne.

Mickey Duff, his promoter, was disgusted with him. The fact Bugner hadn’t tried to win the richest prize in sport, made Duff angry. He said “He should have locked himself in his room and cried his eyes out.”

There was a telling conversation between the pair of them at that poolside. Duff said “I suppose at the end of the day the name of the game is money.”

An unmarked grinning Bugner replied. “Yes, and being able to spend it.”

The Hungarian-born Bugner was never popular with British fans after he had controversially beaten national idol Henry Cooper.

His docile demise in Kuala Lumpur certainly didn’t increase his popularity in the UK. 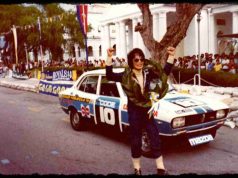 Looking Big In A Mini