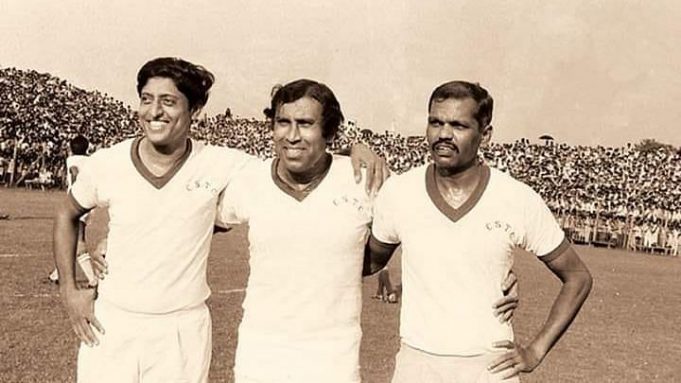 In the space of 40 days, I lost two close friends.

The first to go was P K Banerjee, the greatest winger in Indian football who went on to forge a successful coaching career.

The second was Subimal Goswami, better known as Chuni, under whose captaincy India won the 1962 Asian Games gold medal. 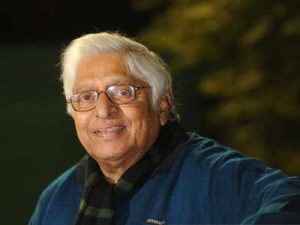 Goswami created a sensation when he helped a combined East and Central Zone team beat a mighty West Indies side led by Garfield Sobers by taking eight wickets in that match.

Cricket followers of Bengal, particularly Mohun Bagan supporters, wanted Goswami to be in the Indian Test side. After Goswami died, many journalists asked me ‘whether an injustice had been done on him’. My reply was no. He was a born sportsman, but he took cricket seriously only after retiring from international football. 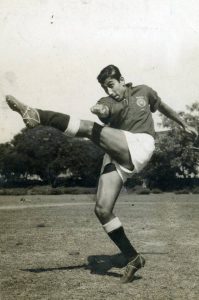 His debut for the Bengal cricket team in the Ranji Trophy was against Hyderabad who had West Indies pace bowler Roy Gilchrist in their side.

In 1962, the Board of Control for Cricket in India hired four West Indies pace bowlers to train Indian fast bowlers. Lester King coached the East Zone boys, and I trained under him.

During a Mohun Bagan-East Bengal match, Manindra Dutta Roy, the then chairman of the Bengal cricket team, said a spot would be found for Goswami, who had been scoring a lot of runs in friendlies in Hyderabad, for the Ranji Trophy quarter-final match against Hyderabad at Eden Gardens.

Goswami contributed a valuable 37 runs on debut and went on to play for Bengal for the next 10 years. In 1971-72 he captained Bengal in the Ranji Trophy final.

But we were close when I joined The Statesman as its football correspondent in 1971. He was a guest columnist for the largest circulated Bengali daily Ananda Bazarpartrika. Banerjee contributed a weekly column in the Telegraph, an English daily of the Ananda Bazar Group.

As a result, the All India Football Federation would from time to time involve us for the betterment of the sport in the country. The best contribution that we made together was when India started the National League in 1996.

The then secretary of the Asian Football Confederation, Peter Velappan, who has since died, pushed to get India to start a national league. He was surprised we did not have one at all. 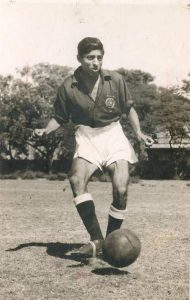 The AIFF appointed a five-member committee to start the National League. The members were T.O. Abdullah and Sugunan from the AIFF and Goswami, Banerjee and myself.

We travelled together around India before formalising the structure of the National League.

In those days, I saw how determined Goswami was about forming the National League. At times, we three had different views — but in the end, we formulated the scheme for the betterment of football in the country.

The Indian Football Federation decided to send the national team to England in 2000 for international exposure. Baichung Bhutiya was the captain of the team, Sukhvinder Singh was appointed coach and Banerjee, Goswami and myself accompanied the side.

India played three matches. Every night before dinner, we three, along with Sukhvinder, discussed how to improve Indian football.

In 1975, we were travelling together in a cab from Cochin to Kozhikode.

During our conversation, the driver suddenly asked Goswami: “You are Chuni Goswami?”

As we laughed, the driver said that he could still visualise Goswami’s artistry during the Santosh Trophy at Ernakulam in 1955.

That was Goswami’s first participation in the national football championship and Bengal won the title defeating Mysore 1-0. Goswami received a lot of prizes for his outstanding performances.

The driver was initially reluctant to take the fare. He took an autograph for his grandson.

The other incident was at the Mexico World Cup. As we were talking outside the ground after the match between Brazil and France, a group of boys suddenly surrounded Goswami and asked him why Brazil lost the game.

Goswami nicely analysed the game, and after the boys left, he asked me: “My assessment is ok?”

I smiled and said: “You are always perfect.”

Toddy Goal Does It!