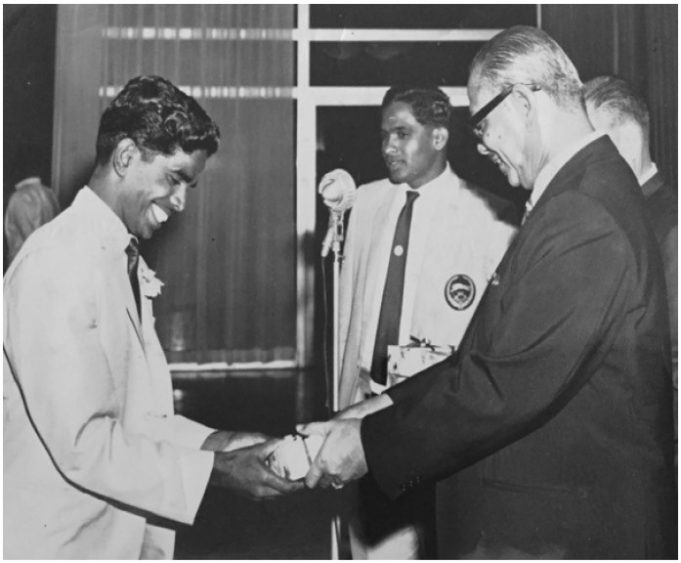 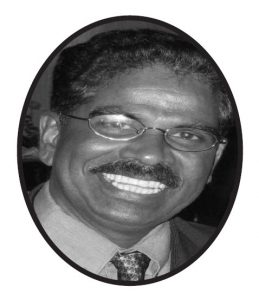 By
M.Karathu: Tunku Abdul Rahman’s contribution to football in Malaya and Asia, remains legendary. He was the father of football.
He built the Merdeka Stadium in 1956 for our country’s independence. The following year, he launched the Merdeka Tournament, the first international friendly tournament in Asia. Apart from the Asian Games every four years, the Merdeka Tournament, was the biggest football event in Asia and it was played annually.
It attracted top Asian countries like South Korea, Japan, India, Hong Kong, Taiwan, Thailand, South Vietnam, Burma,and Indonesia back in the days. For these countries, it was the only international tournament where they could hone their skills. It was the most talked-about tournament in Asia then.
When you had a Prime Minister who was also the head of football in the country, you know for certain that the sport will thrive, with Government support.
The civil service absorbed footballers into their departments, thus prompting parents to be supportive of their children’s love for the game. Football, in fact sports generally, was an integral part of our lives. It was part of our culture, and it bred and cultivated unity among sportsmen and even women of all races and religion. 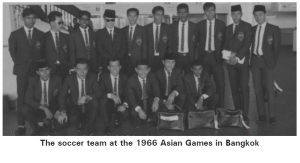 There was no segregation of the races. During centralised training, the managers weren’t looking at us by race or religion. They only saw Malaysians before them. Malays, Chinese and Indians were housed together. We ate the same food that was halal. We prayed openly in our own ways. And we felt the spirit of brotherhood.
There wasn’t a need to inculcate us with the 1Malaysia spirit, as we were already practising it spontaneously, and we were growing up. No one had to teach us about unity, we were already united.
I must draw reference to this one incident that happened in 1967. It was in the Asian Cup tournament. We were playing against South Vietnam in Hong Kong. We were leading 2 – 0, and there was 10 minutes remaining in the match. A Vietnamese player kicked our goalkeeper, Lee Soo Phang, and he had to be immediately taken to the hospital. 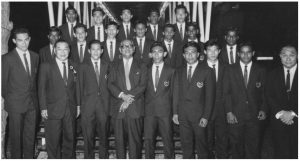 Vietnam had already changed two players. The referee showed him the yellow card, but he could still continue the next ten minutes. We were furious, and rushed to the Vietnamese player and harassed him so much that he walked out of the field.
We were one in spirit. There were no Malays, Chinese or Indians, we were Malaysians in mind, heart, and spirit. Immediately after the match, we visited Lee in the hospital, to show our support. It’s hard to see that kind of team spirit in our players these days.
In training we develop our national pride, and commitment to the nation.
Our home was the dormitory in Merdeka Stadium. Our coach was the late Choo Seng Quee. He was a fierce disciplinarian, and a great nationalist. Before we start our training, we have to sing the national anthem every morning at 5.00am. We sleep and eat together as one family, and representing our country was our priority. 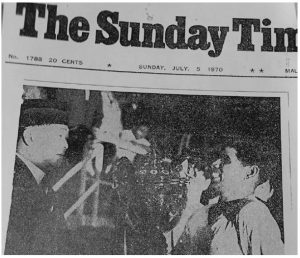 Other than dumb-bells and benches, we didn’t have a gym to do strength training. From Merdeka Stadium, we used to jog to Kuala Lumpur Lake Gardens, which was about 10 kilometres away. At Lake Gardens, we would run up the hill slopes to strengthen and develop our muscles.
We didn’t complain about the pain or the fatigue. We were doing this for national pride, and coach Choo, will not hear any of our complaints anyway.

There was one occasion in training, when we had to do laps around the stadium. It was 5am, and it was still dark. One of the players, who couldn’t handle the strain of training, hid in the dark side of the stadium. But the experienced coach, counted the number of players who ran past his post. and he noticed one was missing, and knew who he was. 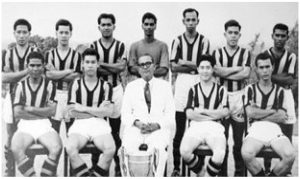 During breakfast, he told the player to pack his bags and return home. I still remember what he said, even though it was more than 50 years ago. Choo told him and us generally: “When you cheat in training, you are cheating your country too.” 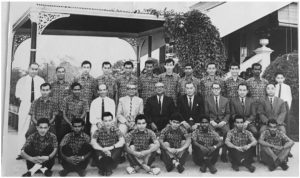 If a coach was to do that today, he would have been sacked, and the culprit will be pardoned. That patriotic spirit of fighting or dying for your country on the playing field, isn’t there anymore. Indiscipline is condoned, and it doesn’t matter to players if they win or lose, as long as they get their fat salaries.
I am just glad, that I came from an era where unity was a given, patriotism was not an option, and football was the pride of our nation. 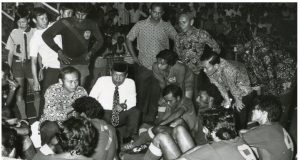