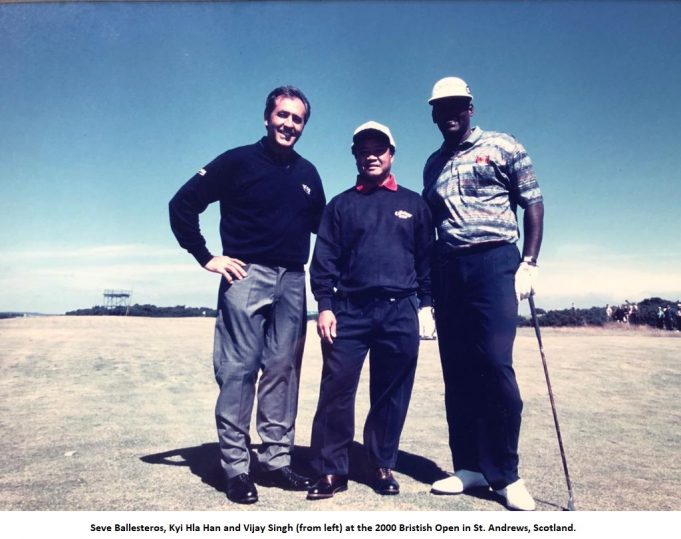 It was 1982, my rookie year when I started my professional golf career playing on the Asian Circuit and Australia.

After the Asian Circuit concluded (February to April), I stayed with my brother Chan Han, who was the resident pro at the Royal Johor Country Club in Johor Bahru (Malaysia).  I continued playing in some local tournaments in Malaysia until June.

My eldest brother, Stuart Han who lives in Sydney, Australia invited me to come over and play in the Australian Tour later that year.

Together with my new found Malaysian pro friend K Selarus, we packed our gear and travelled to seek our fortune in Australia.  We were the only two Asians featured on this tour.  We started the Australian Tour with the South Australian Open at the Royal Adelaide Golf Club.

After the first practice round, I returned to the hotel.  When Selarus got back, he excitedly told me he had met a golfer who looked very Indian but was from Fiji.  And he wanted to join us for the next day’s practice round.

I remember asking Selarus: “Where the hell is Fiji?  Never heard of this country.”  And both of us had a hearty laugh.

The following day Selarus and I met the tall Fijian who introduced himself as Vijay Singh and we played the practice round together.

When there was a break on the Australian Tour, all three of us stayed with my brother Stuart in Sydney.

Vijay told me he was looking for tournaments to compete after the Australian Tour and I invited him to play in Asia.  I offered him a place to stay with my brother Chan Han and use Johor Bahru as a base.

That’s how Vijay arrived in Asia in 1983, unknown and struggling like me to eke a living from golf.

With flashlights in our hands, Vijay and I roamed the range, collecting the balls until 9pm daily.  Only after this did we have our dinner.  We were up by 6.30am hitting balls, playing 18 holes and hitting balls again until dark.

Even back then Vijay worked very hard on his game and we were grateful to the Johor Golf and Country Club for allowing us the use of their facilities.

When we played tournaments in Malaysia, Thailand and the Philippines, Vijay and I roomed and practiced together.

We were both very young (me 21 and Vijay 20) and raw but very ambitious.  We were driven by our dream of playing on the European PGA Tour.

Vijay was serious about golf and I was also like –minded.  We had a lot in common.  We worked on our game together and had lots of fun.

Vijay was a quiet person but somehow we hit it off from our first meeting.  We talked golf all the time.  In our spare time we hung out at video game parlours or went to the beach in Desaru, Johor (Malaysia).

I went off to Europe in 1983 and Vijay stayed with my brother Chan Han at the Royal Johor Country Club (Malaysia).

When I returned to Johor Bahru a few months later, I noticed Vijay had improved on his game tremendously.

Chan Han told me that Vijay had worked out on his game for many hours a day.  His drives were much longer and his shots were stronger and accurate.

A few years ago when we caught up for dinner during the 2016 US Masters in Augusta, we reminisced about those days of the past.  Although those were tough days, they were memorable. We were poor, hungry young golfers dreaming of that big break.

Vijay certainly has come a long way and has proved that he is of world class.  I continued on the Asian Tour and won the Asian Oder of Merit No. 1 in 1999.

(Kyi Hla Han is a golf pro from Myanmar and was the former Executive Chairman of the Asian Tour.) 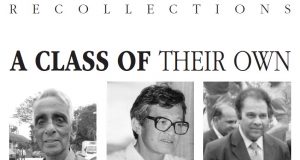