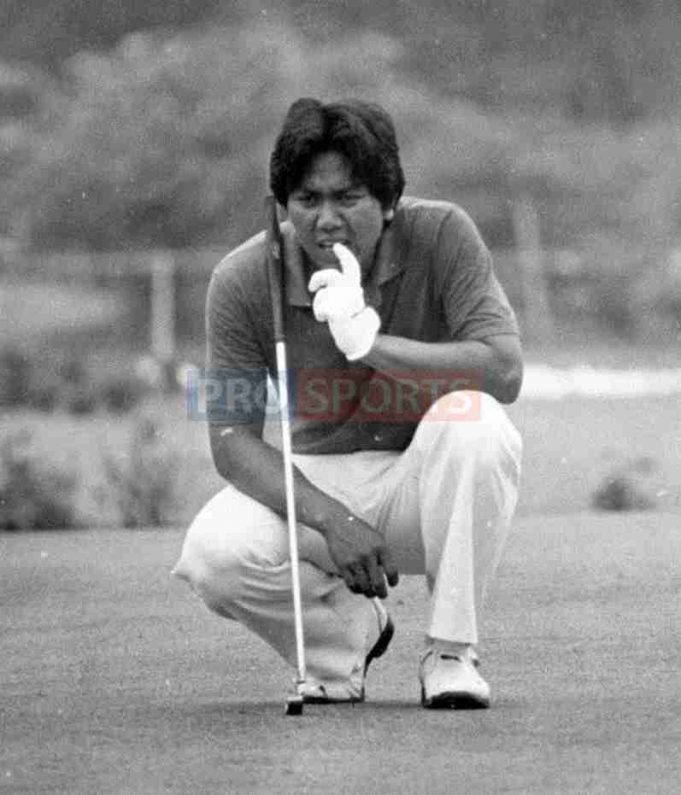 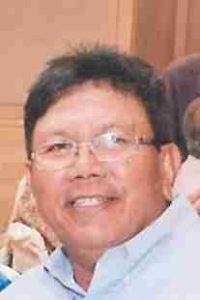 By
Nazamuddin Yusof: Turning pro was the easy part. Making a life out of golf in the early years was more difficult than I had ever imagined.
After five years as an amateur and being acclaimed the best, I joined the professional ranks on December 3rd, 1976 as an impressionable 19 – year-old.
In my rookie year, I showed some great promise, winning the Federal Flour Mill Open title and finishing third in the Credit Corporation Malaysia Classic. But I was not satisfied with my game. I was playing only against my fellow country mates. I wanted to compete with the outside world.
To improve myself, I knew I had to compete on the Asian Circuit where I had to play with the best Asian, European, American and Australian players under different climatic conditions in 10 different countries.
I set my sights on it but I needed to find the  money to embark on this journey. I set out to seek sponsors, and that’s when I found that nobody and no corporation was willing to help local golfers. I found myself in a hopeless and helpless situation.
Dejected and disappointed, I returned home to Ipoh. After a short game with racing jockey Chris GWilliam, on the 9-hole Perak Turf Club Course, we settled down for lunch. I found myself lamenting to him about my predicament. 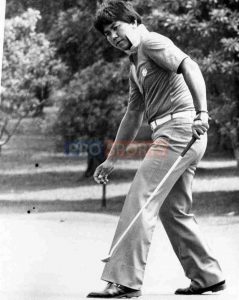 He asked me how much money I had. I told him I had only RM800, when I needed RM8,000 to play in some of the tournaments on the Asian Circuit.
What GWilliam said next was what would put me on course, in more ways than one, on my career as a golf pro. He told me to put all my money on a horse called “Not to Worry” which he was going to ride that Sunday.
Imagine that. And that too on a horse named ‘Not to Worry’. It was as if there was a message of reassurance for me, a fledgling golfer who just turned pro, and given my dire straits, worried if I would succeed.
I am not ashamed to tell this. I went for broke and placed the RM800 on “Not To Worry.” It was a one chance in a million, and if I made a winning, I was on my way to the Asian Circuit. But if I lose, I would be penniless, and my pro career would have ended even before it could take off.
Life, as I was told, is often a game of chance. And  I took mine, on a horse called “Not to Worry”. As it turned out, the horse won, and I pocketed nearly RM8000. I did not have to worry, I was on my way to the 1978 Asian Circuit. It was more than enough to sustain me for six tournaments, round trip air ticket, accommodation, caddie fees and food.
I did not win any money on the tour but the experience I gained playing with the likes of Graham Marsh, Payne Stewart, Lu Liang Huan, Hideyo Sugimoto and many others put me in good stead in my 17 years as a playing professional before turning to teaching and golf course management.
People and events in my life as a golfer:
Zainal Abidin: My elder brother who was a great influence on my career. He showed me a lot and was a great teacher. In fact I picked up the game when he was the resident pro of the Royal Perak Golf Club. He asked me to take care of the driving range as a 16-year-old schoolboy. I used to watch and laugh at the many members at the driving range. It was comical as they would hit the balls in all directions. That was when I told myself I could do better than them, and that was the start of my golf journey.
Walter Godfrey: He told me you have to venture out into the big pond. No point fishing in a small pond where you can only get small fry. Try to swim in the ocean and compete with the big fish then you will know how good you are. I took his advice and competed in the Australian Circuit with some of the world’s top players.
Graham Marsh: In one Singapore Open I was paired with Marsh in the final round. After the 18th hole, he shook my hand and said: “You know Naza, this was one time I did not get the honour of teeing off first in all the 18 holes.” Only then did I realise, I had the honour throughout and I beat him in that final round.
At lunch he gave me a tip on how to gain respect. You have to give your time to the media. Always treat the press the best you can. They can build you up or they can bring you down. 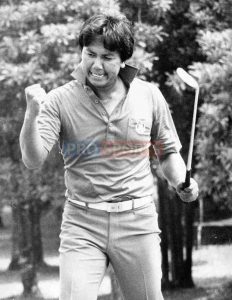 George Das: In those early days when golf did not get much media play, he promoted the local pros and the Malaysian PGA circuit in the New Straits Times. To a great extent he helped boost professional golf in the country and many of us got to be recognised by the public and potential sponsors.
He was like a big brother to me and whenever I had a bad round, he would always encourage me to “forget yesterday and concentrate on the next round.” The amazing thing about him is, he’s not a golfer, but he read as much as he could about the game and its rules. He was always in our midst, questioning us and seeking answers. I even travelled with him to two Mizuno Golf tournaments in Osaka.
Qadeer & Hamid Ahmad: When Dunlop Malaysia turned me down by saying that they did not sponsor local pros, I was introduced to these two brothers by Ramlan Harun. Without asking me for a biodata of myself, they signed me on. They ran a sports shop “Car & Company” which held the Mizuno Golf agency. From then on I did not have a problem about getting golf equipment.
Walter Hagen: I never met this great golfer, but 50 years ago as an 11-year-old schoolboy in Ipoh, I found a broken 8-iron Walter Hagen club. I was walking by the 6th hole of the Perak Turf Club course when I picked it up from a bush. I restored it with a “new” shaft made from a discarded iron bar and wrapped a cut-up bicycle tube for the grip. This was my first club but I just hit around with not much interest. Football was my rage. 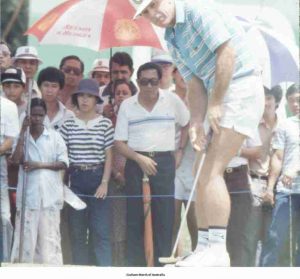 Dunhill Cup 1991: After helping Malaysia qualify for the final in St. Andrews, I was unceremoniously dropped from the three-man team to Scotland. It was the most disappointing moment in my career. After this my game started to slide and I quit my playing career in 1993 to take up a job with Tanjung Puteri Golf Resort and helping build the course to a reputable international standard.

Benson & Hedges Classic: The biggest pro title I’ve won was the 1986 Singapore PGA. In total I’ve captured 19 professional titles in my career of which were six Benson and Hedges Classic tournament over six years. This probably is a record in the history of this event. 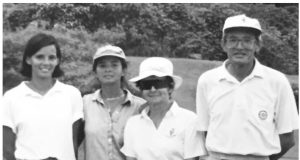