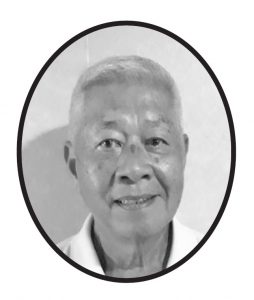 By
J.B.Khoo: After the first break of the 5-man team event, we were leading the host nation Thailand by 144 pins in the 1978 Asian Games bowling event.
We had a break in between the game and we were preparing to leave for  our hotel. However P.S. Nathan (MTBC president) told us that in no uncertain terms whatever we did, we were not allowed to have a change of outfits (not even our underwears).
As it was pointless travelling all the way to our hotel, I requested that we have a bath at a nearby massage parlour and MTBC pays for the bath.
We returned to the bowling venue and continued our game in the same sweaty outfits. In the ensuing marathon session, we went on to capture Malaysia’s first gold medal in the Asian Games. The only other gold was won by Saik Oik Cum in the 400m athletics..
For our sterling performance. the late Dato Mohamed Rahmat, the chef-de-mission, promised us a bottle of champagne.
I told him that one bottle he was offfering us was just good enough only for me. On reaching our hotel rooms, there were three bottles waiting for us to celebrate with.
(The 5-man team: Allan Hooi, J.B. Koo, Edward Lim, Holloway Cheah, P.S.Nathan & Lee Kok Hong). feared for our lives. The whole night, we couldn’t sleep as we were afraid that the crowd would have knocked down our doors and taken our lives. At day break, we were informed that we were going to be rushed back to Kuala Lumpur and that the tournament would be temporarily suspended.
The ride to the airport wasn’t without any suspense. Not only were we escorted by the police but imagine this…we had tanks as part of the convoy going to the airport. Until we were safely on Malaysian soil, we didn’t feel safe. We were even suspicious of the plane that was bringing us back, a Garuda which flew us to Singapore and from there we took a connecting flight to Subang Airport in Kuala Lumpur.
Touching down at Subang Airport, only then could we breathe easy. We were greeted with open arms by not only our loved ones but all of Malaysia. IBF decided later on that the tie would continue in New Zealand, on a neutral venue. Indonesia didn’t agree to the decision and it was then that the Thomas Cup was awarded to us.
This whole incident to me was like going to war for my country. The only difference was that instead of guns and bullets, we were only armed with badminton racquets and shuttlecocks! Everything else was so war-like…the rowdy crowd, the soldiers, the darkness, and the tanks.

(I dedicate this story to the late Norman Siebel, Sports Editor of The Straits Times, who was a great influence on me.) 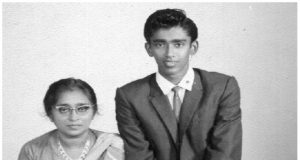