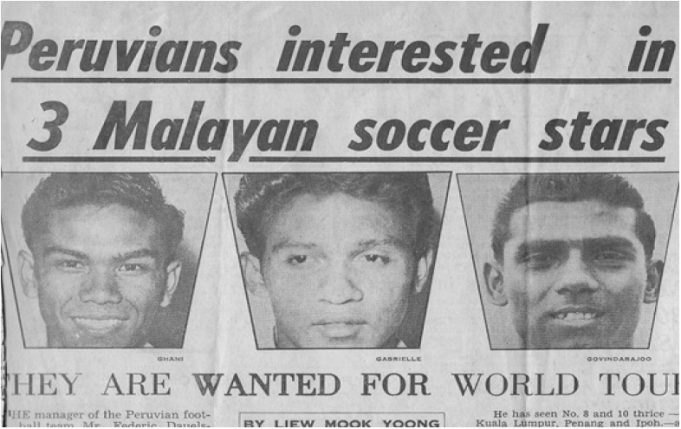 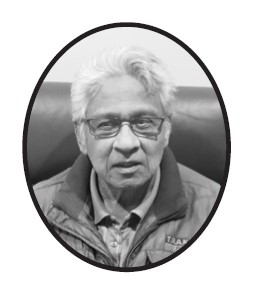 By
Stanley Gabrielle: My poor mother! When all the gratitude owed by the sons of Adam to their mothers are added up in this world, it would make a pile huge enough to erase the evil done by a great many others. Such I believe is the power of good mothers on this good earth.
When my father died unexpectedly in September 1939, my mother had 12 children aged between two and 16 years, and I was due in 3 weeks’ time. After she buried my father she had no way of supporting the family with her husband’s tiny pension, so she put her daughters in the convent and took her sons up to Ipoh to live with her parents.
My grandfather Martin doted on me when I was a little boy as he was also born after his father died. So I grew up as the youngest of 13 children in desperately poor circumstances. Eventually, my mother got her life back together, returned to Kuala Lumpur and was able to keep her whole family with her again.
They tell me I was a little scamp, running around everywhere and always getting into trouble. It must have been very hard for my mother to control me. By the time I was a teenager I loved sport. On Sunday afternoons I used to go to the park and play football with a group of boys. I knew some of them played for good teams, but I found that I could play well against them. In those days I ran around the field barefoot and had no wish to ever wear boots. 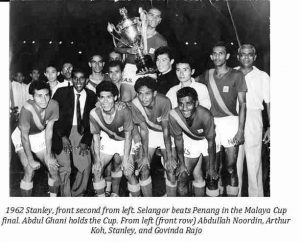 In 1956 I was a 16-year-old working for Caxton Press and earning RM60 a month. The Malay Mail Press was to field a team in a competition organised by the Football Association of Selangor (FAS) for all commercial firms. My boss, Frank Vuilleumier, asked me if I wanted to try out. Wicked as I was, I went for the trials only to get the afternoon off-work.
I wore boots for the first time in that match, played reasonably well and was picked for the team. That’s where it all started.
I played with the Malay Mail that year and was spotted by one Mr Albert Foster, manager of the Selangor Rangers. Foster signed me up but to my disappointment I sat on the sidelines for nearly a year. Only when he understood I was about to leave did he give me a game. I played alongside Ray Crawford, who later became England’s striker, and Abdul Ghani Minhat, of the Malayan national team.
When Ray Crawford returned to England I got a regular spot on the team. I only played three games for Selangor Rangers before I was picked for Selangor state. In the first game I played for Selangor I was a bundle of nerves and couldn’t play much at all. I was booed by the crowd from the start to the finish of the game. I have to thank Dato’ Harun Idris, the then president of the FAS. Harun saw something in my game and kept playing me despite my nerves.
I loved my football. I enjoyed playing in so many top teams with so many talented players. I played with the Selangor Rangers, Selangor Chinese Recreation Club, Selangor state, and the Malaysian Chinese Invitation team to Hong Kong, as well as playing for the Malay and Malaysian national sides between 1959 and 1971.
I particularly loved the annual Merdeka tounaments. There were 14 or 15 countries in the tournament and I found it really exciting. We won several times while I was in the team.
In those days football was everything to me and my family followed and supported me all the way. They came to every match they could, even driving down to Singapore and up to Penang. One sister in particular, Doreen, was madly keen on my career. She would attend every match she could and shout all sorts of things from the sidelines. Whenever I got the ball she would pinch whoever was sitting next to her. Woe betide any journalist who criticised me! Doreen would skin him alive in her next letter.
On one occasion Malaysia played against the Football Association of England. Their leader, Tom Finney, was apparenty impressed with my performance and offered me a trial with the Preston North End team in England I took the trial and moved to England but I couldn’t bear the cold and came back quickly. 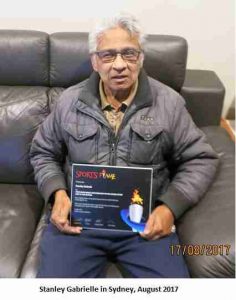 I remember with great fondness the players in the national team. Abdul Ghani, Arthur Koh, Rahim Omar, M Chandran, Edwin Dutton and Majid Ariff, to name a few. But the one that stands out in my memory is Abdul Ghani. Ghani and I were very close and he taught me a lot about the game. I will always remember him. I also remember the best coach I ever had, Choo Seng Quee.
I was sad I missed some good tournaments through injury. It was so hard to sit on the sidelines. I also saw so many lovely places, but didn’t really stop to enjoy them. In those days it was all about the match. All I really saw was the hotel, training ground and the match. I will need to go back to all those places and see the sights I missed.
In the 1950s and ‘60s there wasn’t a lot of money in the game. We played for the love of it and enjoyed being famous in our country. We could play in front of a crowd of 60,000 people for a RM20 match fee and we got RM2 to go to training.
After my international football career finished, I migrated to Australia in 1973 where most of my sisters and brothers lived. I am getting on now, but I still look back to the great football matches of the 1960s and think how lucky I was to play in such great teams.
In the 1970s and ‘80s, I coached football in Australia and coached such future greats as Tim Cahill, Harry Kewell and Mark Bosnich.
Football has been a big part of my life and I am proud of that. 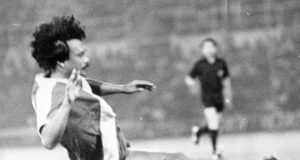