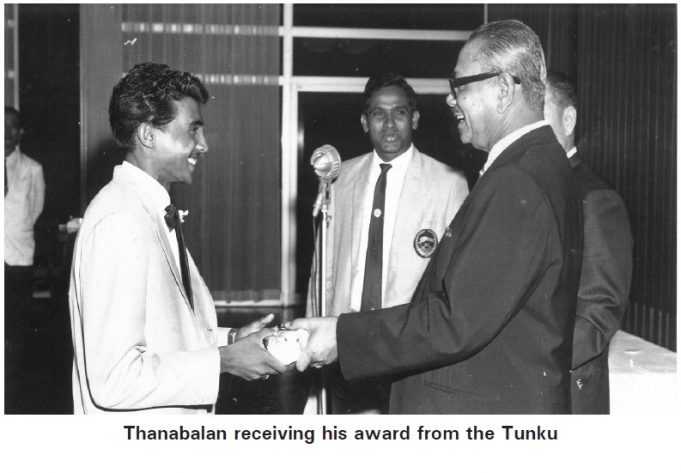 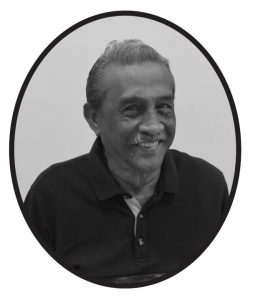 By
N. Thanabalan: In the early years of post-independence, it was passion that drove sports, not the lure of fame or fortune. In the late 60s and early 70s, I remember how we players were content with an allowance of RM2 per day when playing locally and RM5 per day for international duty.
We were happy with the simple meal and accommodation given. The pride was in representing our club, state or country. It was in pulling on the jersey and feeling good just being on that pitch.
Unlike now, we didn’t have the luxury of sponsorships, and so were forced to equip ourselves. I remember begging my parents for a pair of boots, which cost about RM20 then.
Back then RM20 was still considered a hefty price for an average family, like mine and I could only afford one pair of socks. So after every match I had to wash them, so that they would be clean and dry for the next match the following day. But I never complained because being able to play for your team, was all that mattered.
I began my football days, by playing with the older boys in Brickfields, which had many fields then. There was one that was very close to my home at Rozario Street, in 100 Quarters.
I was small in size, which was why I was nicknamed ‘Lilliput’. With the big boys, I knew I would get hit if I wasn’t faster than them. They were tough and even rough, and gave no quarters to the smaller players. But I became faster, and I am grateful for that, because I turned out to be one of the fastest wingers in Malaysian football.
Just as I had a tough upbringing, coming from that neighbourhood, I had a tough upbringing in football too. It was never cushy for us, no glamour, and no luxury of being a national player. 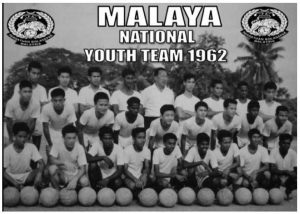 I remember when 15 players would be cramped into one dormitory on double decker beds when training in Merdeka Stadium.
We only had hot tea to look forward to after training, while our coach Choo Seng Quee had a bottle of orange squash in his room. So we would sneak in and help ourselves once in a while, not knowing he had marked the level since he already suspected us.
And even those little gulps of sheer pleasure came with a painful price. For, when Seng Quee discovered the cause of his dwindling bottle of squash, he found his squad guilty and sentenced them to 20 laps around the field at Merdeka Stadium, in the blistering hot afternoon sun, without our shirts on.
Every time there was an unaccounted drop in the squash level, we would get 20 rounds and sometimes more. But it turned out to be a blessing, as we got tougher and fitter than our opponents, through this regimented style of punishment.
And training was never easy, it was tough and demanding. So demanding and punishing, that sometimes we had to tell one another, “Oi!, perlahan la, perlahan” (“Oi! Slow down, slow down”) so we could our catch our breath during training.
And we weren’t spared the Vietnam War either. We were subjected to playing in extreme conditions, including in the midst of this war. For the 1966 Asian Cup tournament, when Malaysia journeyed to Vietnam, the American army were our escort in their armed truck to the match venue.
We could even hear the bombing in the background.
As it turned out that match, would go down in history books as the roughest and bloodiest. Apart from the dangerous conditions, I almost became blind in one eye after taking a nasty elbow hit on my right eye.
I was temporarily blinded in that eye, and I was frightened and was imagining the worst. Fortunately, a traditional Chinese medicine practitioner, a sinseh, was at hand on site. He helped restore my eyesight.
Apart from that, I was also bleeding from my nose, while fellow team mate Lee Soo Pang was on the next bed in the hospital with me, from injuries after he was trampled on.
We were promised an insurance pay out for these wounds inflicted. We are still waiting for it,
But it was all worth it. The beautiful game not only elevated my life, but it gave me so much pleasure and joy. And the pride of donning the national colours, was unequalled in stature. 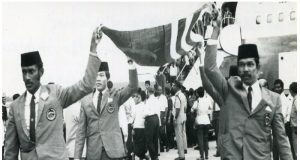