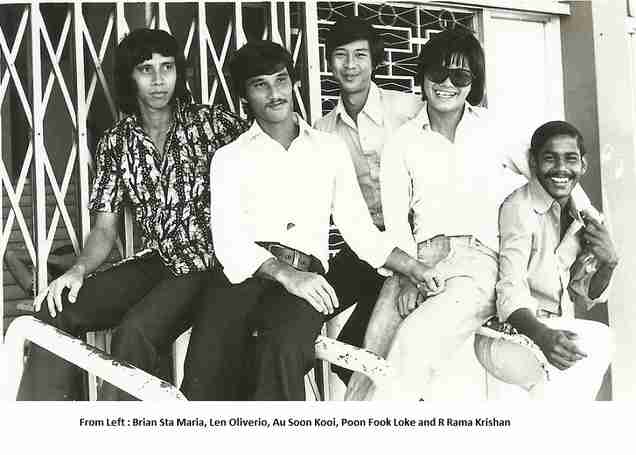 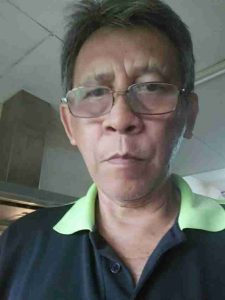 By
Brian Sta Maria: My involvement in hockey started during my early schooling at St. Paul’s Institution, Seremban. From the beginning I was blessed with having the best coach anyone could ask for.

Lawrence van Huizen, a tough no-nonsense disciplinarian, took me under his wing and together with additional encouragement and support from people like William Fidelis, Franco de Cruz, Michael Yan, my eldest brother, the late Henry Sta Maria, and a host of other ex-internationals like the late Ho Koh Chye and R. Yogeswaran, I picked up the finer points of the game.
In my first year of centralised training for the 1970 Asian Games, the usual ragging was compulsory (nothing as bad as nowadays), but I was protected by M. Mahendran. During the army training camp, the courage building exercise required the players to jump off the 3-metre platform into the pool and only Sri Shan refused. You’ll have to ask him why? 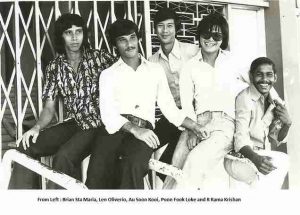 During the early years of training, coach Lawrence would always pair me with Franco during the defence versus forward sessions. I hated it because Franco was so skilful he made me run in circles. Disheartened and out of curiosity, I asked Lawrence why he always paired me with Franco. His answer made me realise the significance of this training. He said: “If you can stop Franco, you will be able to stop anyone.” How right he was!
As a fullback I had to be good at taking and defending short corners. We all know the speed and accuracy of Sri Shan and A. Francis, my teammates during much of my international career. 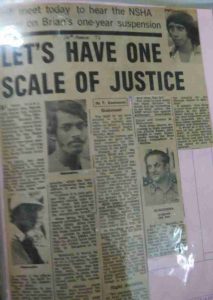 But when it was my turn to take the hits, the one person who shivered was S. Balasingam. No, not because of my power hits but somehow or rather, the ball tended to hit Bala on some part of his body. Bala, my apologies.
Because of my fear of getting injured during short corner sessions, I practised my short sprints until I was the fastest off the block and I suppose coach Ho Koh Chye agreed.

I had to be drugged to get into the national team. At my first call-up to the national centralised training in 1969/1970, I wore my hair long and was told to have a haircut which I was not going to do. My friends knowing that it would end my hockey career even before it had started, spiked my drink. The next thing I knew they had cut my hair themselves. To them, my thanks for believing in me.