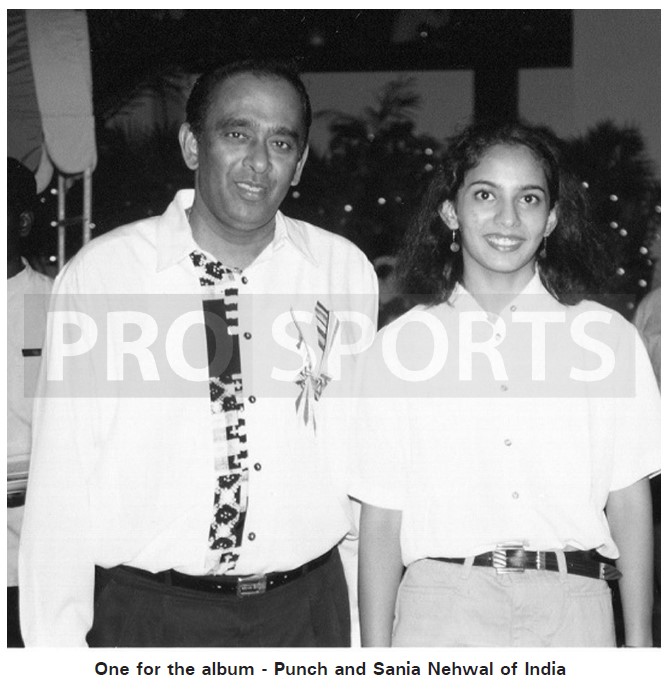 When he passed away in August 2012, accolades were heaped on Punch Gunalan for his accomplishments both on and off the badminton court. The tributes were fitting for a man who truly did much for the cause of Malaysian and international badminton. but the sport had also at times, dealt him a bad hand. The year 1992 should have been another vintage year for Gunalan.
On May 17, that year, Malaysia won the Thomas Cup after a lapse of 25 years. Gunalan was the team manager and if I might say, the architect of Malaysia’s success against the formidable Indonesians. A few days later I met up with him at the Badminton Association of Malaysia (BAM) office at the Cheras badminton stadium. Gunalan was also the BAM secretary and his face was forlorn and had sorrow written all over. An irony, if you ask me, considering the backdrop of ongoing celebrations over the Thomas Cup success.

It pained him to talk of the sadness within. But in the conversation that followed, Gunalan opened up that certain individuals were seeking to triviliase his contribution to the team’s success. The remarks had cut deep and he was struggling to finds answers as to the rationale for their action.

It was not easy for Punch as we all knew him. He had given his best to assisting the team get their strategy right for the final. He was proud of the victory. Who can forget Gunalan racing into the court at Stadium Negara to hug Cheah Soon Kit and Soo Beng Kiang as the doubles pair gave Malaysia victory in the deciding match? Therein, lay the problem. Punch being in the limelight was not to everybody’s delight.
“I was just as happy as everyone else,” he reflected on that moment. Then, at the end of our conversation, he said something quite profound and which I remember till this day. He got up and said in a rather satisfied tone, “It’s all right. I am the one sleeping with the Thomas Cup in my room!”.
No one or nothing was going to take Gunalan’s own defining moment away from him. For sure, he deserved it. 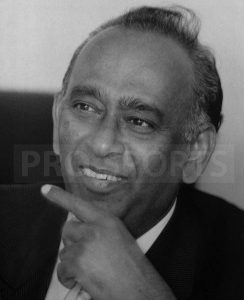 This, however, was not the end of the troubled times for Gunalan. Just two months later, at the Barcelona Olympics he would be caught in the crosshairs of another difficult moment. In an event that did not quite make the headlines then, he found himself in a fierce argument with his President, Tan Sri Elyas Omar.
I remember watching the scene unfold as Elyas walked over to Gunalan in the corridor of the Pavello de la Mar Bella Stadium – venue of the badminton event. He demanded that Malaysia protest the actions of Korean pair Park Joo-Bong and Kim Moon-soo for “wasting time” in the semis of the doubles event against Razif and Jalani Sidek. Presumably their actions contributed to Malaysia being deprived of the chance of doing better than the bronze we eventually ended up with.

The argument was heated and Gunalan tried to reason that it was pointless to make any protest. Elyas was adamant. I can’t recall if Malaysia did lodge a protest but that altercation between two previously “fast friends” was the beginning of a breakdown in their working relationship. Interestingly, Gunalan’s reluctance to lodge a protest was attributed by Elyas and some others to his position then as the International Badminton Federation (now BWF) Deputy President. Gunalan was deeply hurt by the allegation and it snowballed into other incidents which deepened his moments of sorrow.
One other such moment came when Gunalan was being harassed by certain parties with allegations that bordered on slander. It led to a television station crew harassing his family as well by turning up at his home unannounced with a camera and taking his wife by surprise.

He shared with me that he was greatly saddened by this and in the midst of this scenario, called up the then BAM Patron, Tun Dr Siti Hasmah for help. But intentionally or otherwise, she did not take his calls. It was a far cry from “once upon a time” when he had easy access to her for assistance on a range of issues . I believe, this incident was the last straw for him and he called it a day in the BAM soon after.
For Gunalan, badminton was his joy and ironically, sorrow too, as subsequent events, including his ouster from the BWF, would show. 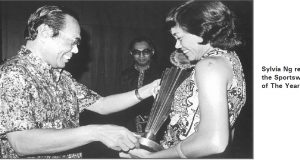 Behind The Iron Curtain!